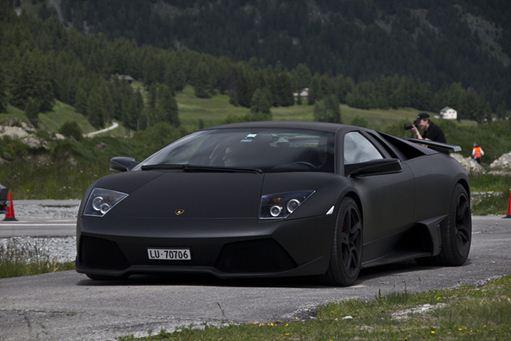 Some cars spell class and perfection. The name Lamborghini is synonymous with sophistication and power all over the world. The Murcielago series of sports cars was produced by automaker Lamborghini between 2001 and 2010. The beauty was designed by the brand’s head of design, Luc Donckerwolke. A roadster option was first introduced in 2004 followed by the LP 640 version and the LP 650-4 option. The final instalment of the series had the Lamborghini V12 engine and was named the LP 670-4 SuperVeloce. Only a limited amount of 4099 cars was produced in total for the entire range. The car was named after a fighting bull of the same name that fought against the matador Rafael Molina Sanchez that survived after 24 sword strokes ending in the matador’s sparing of its life due to the valour displayed by the animal. The LP-640 is one of the most beautiful cars in the world and is an object of admiration amongst car owners worldwide. The car is an extension of your own aura. At HyperLuxuryCar.com, you can get the Lamborghini Murcielago LP640 for Rental in Malaysia and you can avail the pleasure of driving this car around the beautiful city of Malaysia.

We will let you live your dream of riding one of the most desired sports cars ever made. If you cannot afford the sports car, hiring it from the HyperLuxuryCar.com is the next best option that you can ever find. What are you waiting for? Call us or visit the booking page now!