Have a corporate client that needs to be picked up from an airport or place? This vehicle is suited also for weddings and sheer driving pleasure.

No one ever thought that Lamborghini would make an SUV after the LM002. But they’re an insane bunch and so they did. The Urus is Lamborghini’s bonkers entry into the world of large gas-guzzlers with all-terrain capabilities.

There are plenty of SUVs out there, but the Urus is one-of-a-kind due to the golden bull on it. You cannot have enough fun by renting one; especially in Kuala Lumpur, Malaysia. Let’s take you through the insanity. 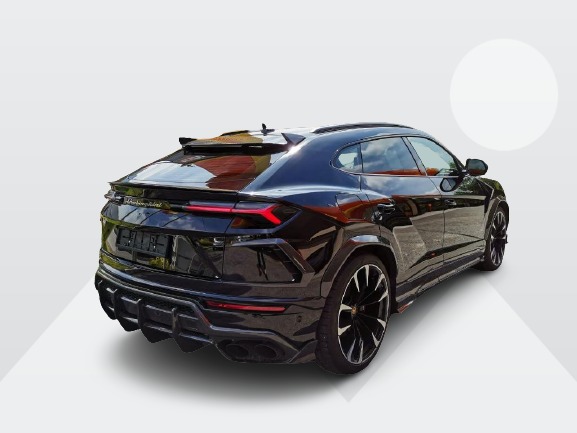 Lamborghini’s previous SUV, the LM002 was a beast. Yet you couldn’t tell that it was a Lamborghini from afar. The Urus is an SUV that has that Lambo styling with more cuts and angles than a horror film. Even the wheel arches are uniquely cut, just like its sharp LED lights.

Despite having the most ground clearance out of any Lamborghini model, it still sits low for its class. It has 21-inch stylish aluminum wheels and large exhausts. The bottom is complimented by black accents and cool splitters.

This is the last vehicle to represent the average SUV. The streets of Kuala Lumpur deserve to be graced by its presence. You need to rent one to truly appreciate its devilish exterior.

Its cabin comes straight out of Top Gun

Even the Lamborghini Urus, a mid-sized SUV, has an interior reminiscent of a fighter jet. Too bad fighter jets aren’t as luxurious. The Lambo Urus is filled with leather, suede, and carbon fiber. The build quality is Italy’s finest and the driving position is ideal.

It allows 5 people to comfortably enjoy the terrifying joy ride.

You will get plenty of room for your legs and your head. You get a glovebox, cubbies, and pockets for storage; along with plenty of cubes for the trunk.

It has a lot of modern tech

No one concerns themselves with the tech in a Lambo due to its performance. However, with the Urus’s cabin of the future, so is its technology. You get 4-zone climate control, push-button ignition with keyless entry, parking sensors, and Wi-Fi connectivity.

The Urus has two large screens and the sound system has 8 speakers.

These are just some of the features. To find out more, rent out a Lamborghini Urus from us if you’re in Kuala Lumpur.

Now we’re getting to the meat of the quirks. The Urus rides and handles better than most sportscars do. But this doesn’t compromise comfort due to its spectacular air suspension. The Urus is mind-blowingly athletic for its size and is the best in the class.

The Urus is not a fuel-saving hybrid SUV. It is the antithesis of that and everything close to the concept. While it consumes more, you’ll forget all about it after you drive it.

The Urus has a 4-liter V8 that produces 641hp and 627lb-ft (850Nm). This kind of power is enough to pull a planet from its orbit. So imagine the monstrosity you get when it is transferred through an 8-speed auto to the wheels.

This configuration makes the Urus forget about its size and weight. It will get it from 0-60mph/100kph in about 3 seconds, which is faster than most Ferraris.

However, you are to be smart and only drive according to what you can handle!

The Lamborghini Urus is an SUV possessed by the spirit of Lamborghini. It isn’t that old, yet it has built quite the legacy for itself. If you think that a Lamborghini Huracan is small, then get yourself one of these. You won’t miss out on a single detail.

This is a ride for the brave. You also won’t find a lot of these so the Urus’s dashing good looks will make you stand out even more.

One blog post cannot do this car justice. Come on down to Hyperluxurycar in Kuala Lumpur, to rent the Lamborghini Urus yourself.

Call Us Now
Whatsapp Us Now
Email Us
Category: fleet,
Share this
There is no selected car class in current office. Please choose another Class!
Select Vehicle